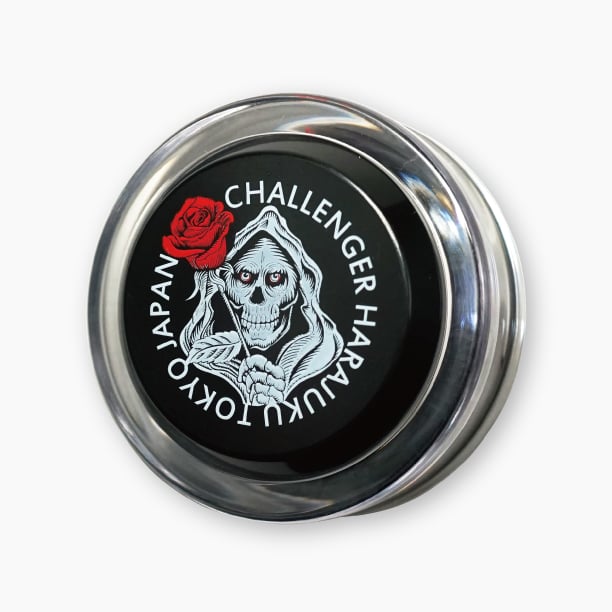 Designed by CHALLENGER , Produced by FRESHTHINGS.

One side has Skull Artwork , the other side has Crown Artwork.

The Brand "CHALLENGER" brings the concept of American Garage, which created multiple "culture" from the following items; such as vehicle, motorbike, skateboarding and several kinds of musical instruments.
These items appeals any guys regardless of their age, and brought up many renowned people such as skateboarders, bike builders, and musicians.

In 2009, this Brand has started up its business by a professional skateboarder, Satoru Taguchi and opened a flagship store in Harajuku, Tokyo.

In 2014, a store called "PROTOTYPE" opened for a celebration of 5th year anniversary. The store opened for a limited period of time and created limited items through collaboration with other frontiers' fashion brands, artist, skateboarders, and bike builders.

Since 2017, the designer, Satoru taguchi, has been touring bandanna art show named "BANDANA LYZE" in five cities in Japan, Kuala Lumpur, Hong Kong and Los Angeles.
Designing bandanna is one of the strength in his art works, and various works of his drawing since he has started the brand, has been displayed in the show.

Since 2015, CHALLENGER’s collection has been developed toward overseas, and we are keep informing internationally.